Their ancestors had come to settle the Mekong Delta, turning it into the nation's agriculture and aquaculture hub, but now they are fleeing. 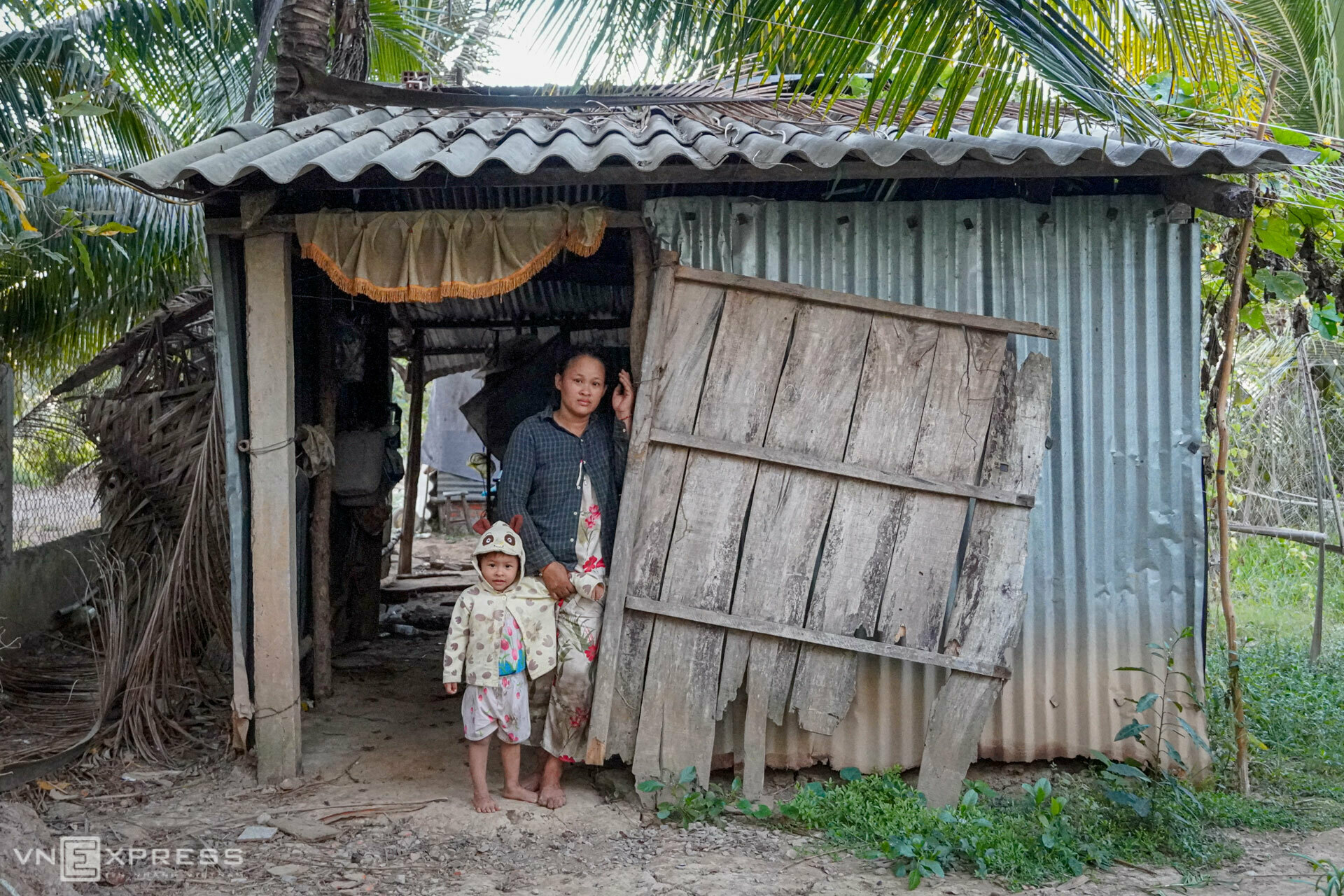 At three in the morning, Dang Van Binh, 34, wakes up in his hut by a river in An Phu Trung Commune in Ben Tre Province’s Ba Tri District.
He stands by the bed, looking at his two daughters, aged 12 and two, sleeping. Sighing, he walks to the front door.
His wife, Thach Thi Bo Pha has also got up. She packs some torn clothes for him to wear, dried fish, duck eggs, ten kilos of rice, and VND600,000 ($25) in cash. These are everything Binh gets to travel to a place 300 kilometers (187 miles) away to seek a livelihood.
It was an early morning in February this year when it is still the dry season in Vietnam’s south and the Mekong Delta.
A native of Ben Tre, Binh dropped out of school in sixth grade due to poverty. He went to Ho Chi Minh City for a while to work. It was there he met Pha, a Khmer woman, 13 years ago. She had left her home in Bac Lieu, another province in the delta, to work in the city just like Binh.
After getting married, the couple returned to Ben Tre and did various manual jobs for a living.
Five years ago Binh’s parents gave him a 1,000-square-meter field to grow rice. The first year, with little experience in rice cultivation, the couple ended up empty-handed.
The next year, 2016, brought the worst ever drought and salinity levels in a century in the Mekong Delta. Its 12 provinces and a city lost 8,000 hectares of rice as a result. Some 600,000 people lacked freshwater and another 160,000 hectares of paddy were damaged. The losses added up to VND5.5 trillion ($237 million).
Binh and Pha contributed to those losses. The couple also incurred a debt of VND20 million ($850).
The school dropouts could not find another job as factories in the region had no vacancies.
Later, thanks to an acquaintance, the two found jobs at a cashew nut processing factory in Bu Dang District in Binh Phuoc Province. They sent their then eight-year-old daughter to Binh’s parents and left for Binh Phuoc 300 km away.
They worked very hard for three months, picking cashews in the farm and processing them to get the nuts. Limiting their spending to as little as they could, the couple saved VND10 million. They returned home, paid half the debt and decided to stay. Pha said she had spent all her life moving and wanted to settle down.