An interpreter puts his best foot forward for Vietnamese football

An interpreter puts his best foot forward for Vietnamese football 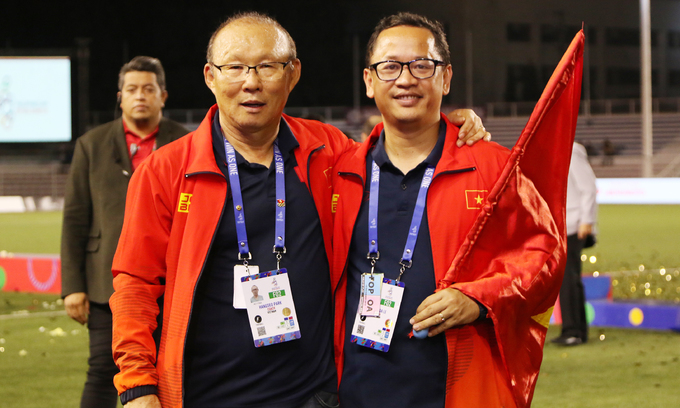 His instruction is aimed at national team football players undergoing a training session in Hanoi.
His voice is stern and his feet are constantly moving as he puts the players through their paces, also joining them in some moves.
Khoa is not a coach, though. He is not even the assistant coach doing the bidding of head coach. Nor is he the team physio. He is an avid fan whose enthusiasm for national football has propelled him to the position of interpreter for the South Korean head coach, Park Hang-seo.